The Top Three Things to LOVE About PALS

My husband, Irv, and I have been volunteering with Patient AirLift Services since 2012, but like many of you, our story got started with a love for flight.

Irv has had a passion for flying since his teenage years. He received his private pilot license 46 years ago and has gone on to get a commercial certificate with instrument and multi-engine ratings.  As for me, my journey in aviation began after Irv purchased his Bonanza A36.

Before then, our flights were few and far between.  We both worked full-time and the flying club we belonged to was a 45-minute drive from our home. Once Irv bought that Bonanza, I knew we would be flying more frequently and I wanted to gain some aviation knowledge.  I began lessons and earned my private pilot license in 2005 and my instrument rating in 2006.  I now fly with the Warrington Flying Club at Doylestown Airport, a 20-member flying club that owns a G1000 2008 Skylane and a G1000 2006 Skyhawk.

One day I was perusing a flying magazine when I saw an ad for PALS.  I thought it was such a fantastic way to help people and also give purpose to my flying, so I signed up right away.  After my first PALS mission, I told Irv that he MUST become involved!  His Bonanza is the perfect platform since it has a great payload and is a bit faster than my 182.

It’s been nearly six years now that Irv and I have been part of PALS and we’ve had such a great experience!  We both take flights whenever our schedules allow and we’ve found that it really adds joy and purpose to our flying in so many ways.

Here are the top three things we love about PALS:

PALS is very supportive of their volunteer pilots and makes scheduling and planning easy. There is a lot of work that goes into making up schedules, contacting pilots, dealing with weather issues and so forth.  The PALS team always does this with a positive attitude and great efficiency.

Recently, Irv and I were transporting two rescue dogs from New York to Pennsylvania, when we received a call from Amanda at PALS. She asked Irv for help with a flight to Philadelphia so that Reese, a young man with eye cancer, could be seen by Shields and Shields who are world renowned for ocular oncology at Wills Eye Hospital.  Fortunately, the mission was on a Sunday when we were both available!  Another PALS Pilot, John Corneal, flew the first leg of the journey, transporting Reese and his wife from Michigan to State College in his Mooney.  Irv and I then flew from State College to Philadelphia where a volunteer driver or “Auto-Pilot”, Andrew Masone, picked them up and drove them to their hotel in the city.  The couple subsequently made it back home with the help of a corporate partner who donated use of their private jet.

PALS brought it all together—general aviation pilots, ground transport volunteers and business aviation—to make this trip as efficient and easy as possible for the passengers. They enable patients an easy and free means of travel to distant medical facilities and are at the pinnacle of volunteer organizations in my opinion. They are simply devoted to connecting people in need of medical transport with the PALS family of pilots. And speaking of that family of pilots…

2. Being Part of a Pilot Family

I will never forget my first flight with PALS.  Wow, was I nervous! But to my rescue came PALS Pilot Greg Vallino.  A few weeks before the flight, Greg called me, introduced himself and asked if he could be my co-pilot.  Greg took care of the paperwork, contacting the patient, and helped make the flight smooth and enjoyable by helping with the little details.  He also remembered to take photos – which I ALWAYS forget to do.  It was the beginning of a friendship with a very special person.

Relationships like this are typical at PALS. The organization works hard to ensure that PALS pilots are part of a community.  They plan get-togethers locally as well as at aviation events so that members can get to know each other.  Being able to meet other PALS Pilots face-to-face really helps you feel part of a team.  You feel that support from the get-go.

3. The Privilege to Help People in Need 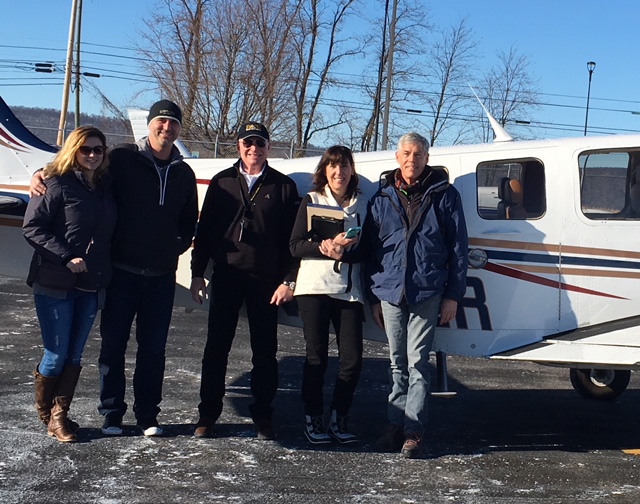 There is nothing better than seeing the smile on a passenger’s face when he or she is enjoying the view out the window, or just the comfort of getting to their destination efficiently.  Irv and I are both fortunate to have the resources to volunteer and help patients in need through PALS. Being able to make someone’s journey both easier and less stressful is a true privilege.

I remember one flight for a five-year-old boy who was coming home from cancer treatment in New York City.  Before the flight, the boy told his dad that he was going to be awake the entire trip so he could look outside. He was asleep minutes after takeoff.  Rather than an eight to ten-hour drive, this trip was a mere two-hour flight, which was a lot less stressful for the entire family.  Seeing the reunion with his mom upon landing really made my heart skip a beat. It’s these little things that remind me what an impactful thing we’re doing.

The privilege to help people in need through PALS is something that brings special meaning and joy to our flying.  It’s an honor to meet such brave people and their families and to help make their journey a bit easier!

The love that comes with making a difference is like no other.  Now that you’ve heard a few things we love about PALS, I hope you’ll consider joining and discover a love of your own. 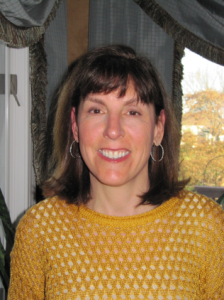 Dr. Lynn Myers is an instrument-rated private pilot and has been a member of PALS since 2012. She is a native of Williamsport, PA and attended Gettysburg College where she earned a BA in chemistry in 1981, graduating with honors (Phi Beta Kappa, Magna Cum Laude). She attended the University of Pennsylvania School of Veterinary Medicine and graduated in 1986. Dr. Myers then practiced equine medicine in southeastern New York State from 1986-1988 where she was involved in neonatal intensive care and reproduction. In 1988 Dr. Myers joined a 3-person equine practice in the Bucks/Montgomery County area specializing in treating performance horses. In 1998 she opted to give up equine medicine and pursue a career in small animal medicine which has allowed her professional life great variety and enjoyment.

Lynn lives in Blue Bell with her husband Irv Stein, who is also a PALS Pilot, and their furry kid Elijah, a rescued domestic short hair kitty.  In addition to flying PALS missions, Lynn also volunteers with Animal Lifeline PA and enjoys skiing, golf, scuba diving and hiking in her free time.