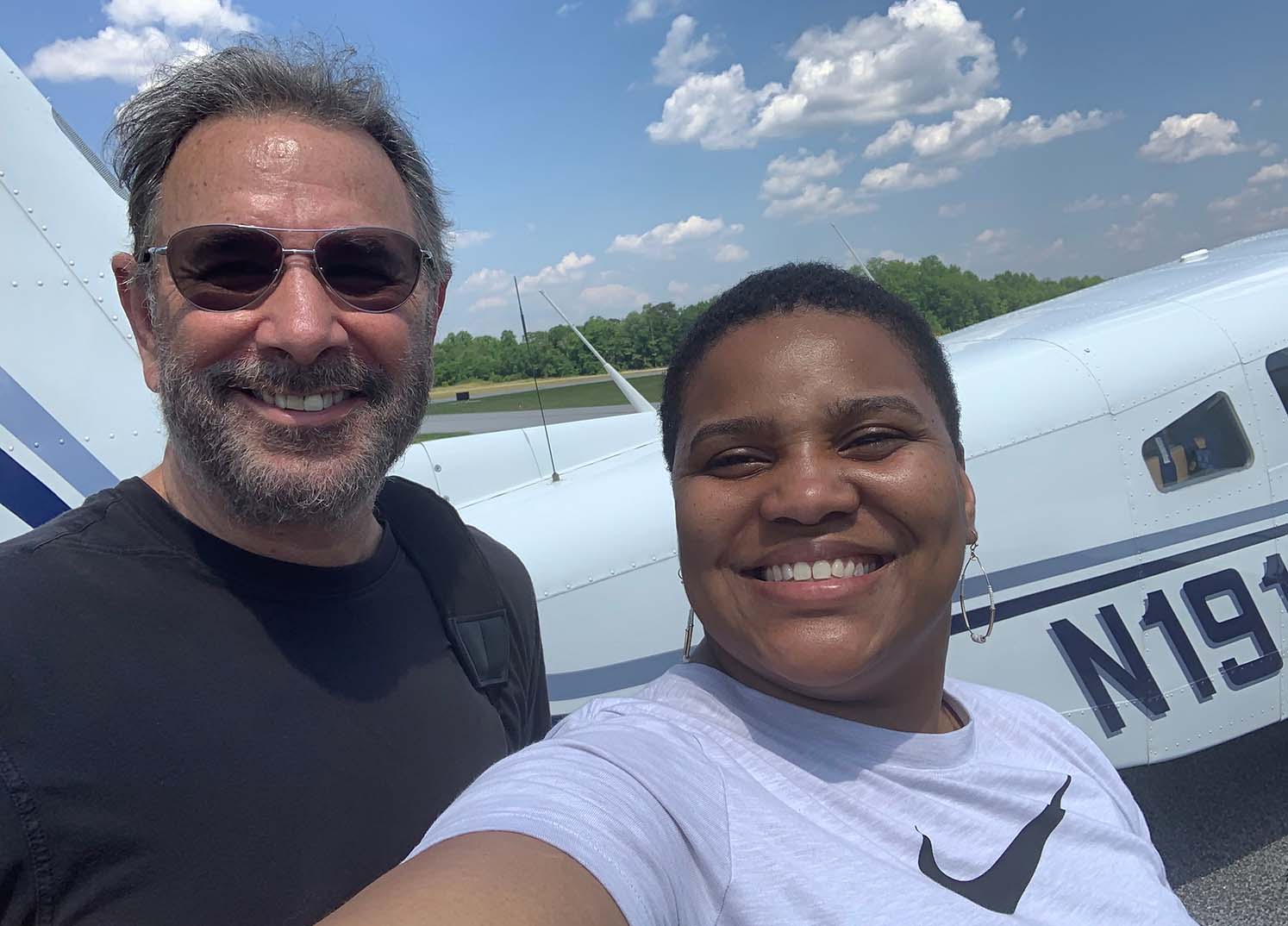 Please see her letter below

One of the most amazing times of my life.   On May 23, 2021 I was given the opportunity and honor to ride on a PALS flight leaving Lansing, Illinois heading to Fayetteville Georgia to begin Warrior Week, a life changing 12 month journey, which required a one-week in person presence at Camp Southern Ground (CSG) in Georgia.  Wait…… Let’s rewind.

What is CSG? I’m doing what and who is PALS? Okay, so Camp Southern Ground is this unbelievable utopia for post 911 veterans. This utopia helps veterans use self discovery tools to identify who they unapologetically are. You know, like your personality type, why you do the things you do, your strengths and weaknesses and more like a new revealing of who you are. We learn to dig deep and swim within your inner uncharted soul. You, the individual, the veteran, who you are post military service.

After the military, many veterans are left wandering, drifting from place to place, job to job, some confused and left with that unknown, unfulfilled mission., not able to identify who they genuinely are.   For me personally, being out of the military since 2007, I’ve found myself keeping overly busy just to get by, but not knowing my purpose and what I really wanted from a career and who I was after my military service. I can honestly say Camp Southern Ground was an amazing self epiphany palace. Is self epiphany even a word? Well….. It doesn’t matter, you get my gist right?

I learned about CSG via a good friend who was sending her kids to Summer Camp for the summer of 2021. My former student had also mentioned this place to me a couple of years ago and not until I decided to send my own kids did I look into this camp. When I got to Camp Southern Grounds website I noticed they also had a Camp for veterans. I immediately thought, “This is great!” and I began investigating what seemed like a dream come true. I was finally at a positive place in my life where I was ready to do the work and elevate to the next level in life, so I knew this would be good for my family and I.   CSG had two programs, Warrior Week and Warrior Path. Being a combat veteran with invisible wounds, I wasn’t sure if I really wanted to step into Warrior Path just yet. However, I knew I was ready for Warrior week.

When I signed up, I immediately received a warm and welcoming email notification, informing me they’ve received my information and would reach out to me shortly.   I was later contacted by Sean Cummings and we hit it off immediately. We both served in the USAF as Security Police members and instantly I felt connected and ready to check out CSG. During our conversation, Sean mentioned that 100%, everything is covered for this trip, travel, stay and meals, and asked if I would be interested in flying with PALS, a private company that donates flights to get Veterans to and from the camp from their home states. I’m going to be 100% honest, I immediately began thinking “crop dusters”.

I began laughing and thinking to myself, what did I sign myself up for and why did I agree to do this when I’m a little overweight and had never been in a single engine air craft ever in my life.   After realizing the amazing opportunity bestowed upon me. I calmed down, prayed and decided to make this the best trip yet, despite anything that could go right or wrong, I was really thrilled. My pilot Michael called me and introduced himself and gave me his contact information and made me feel so comfortable. I’m just going to put it out there, I’ve been flying for years with commercial airlines, all over the world and I’ve never been called by my pilot and made to feel so important. Instant celebrity status and vibes y’all! I knew this PALs flight was going to be what I needed.

The entire way leading to the moment of my flight the staff remained in contact with me and answered every question I had. I never not one time felt I was just a customer or a poor little veteran, I genuinely felt like family. When my pilot Michael arrived at the Lansing Municipal Airport in Illinois, he was so cheerful, kind and professional. I couldn’t wait, he thanked me for my service and we began talking and I discovered he too was a Veteran and I told him about CSG and how excited I was.  As we approached Michaels Piper, I immediately asked if I could sit in the cockpit. I had no clue what I was getting myself into but I knew it was going to be nothing short of amazing. I was a Co-Pilot…… The excitement and adrenaline running through my body was incalculable. I had no clue how beautiful the world was up from the view of the cockpit. I never would have thought that I would have ever been blessed with such a lovely opportunity to experience something so astounding.  During this flight I was blessed to be given a mini 101 flight and aircraft tutorial and was able to control the yolk with Michaels assistance. I gripped it so hard, I felt it was a cross between Oh! %#^* and OMG! This is wondrous. Michael explained everything with joy, patience and so much confidence. I felt so safe 10000 feet in the air in his private aircraft. I know I dozed off a few times because it was almost like rocking a baby to sleep (yes me, I was the baby and that smooth and gentle ride rocked me straight to sleep. LOL)

I just can’t stop talking about it. So many people have checked my Facebook pictures and are living vicariously through me. I had so many people reaching out to me asking me how they could sign up for lesson….Everyone is asking about PALs and how I got connected with them. If they are a Veteran I most certainly led them the way. For my amazing civilian friends and family, I shared with them to share with other veterans to help them get in gear towards this healing experience.  Being so high in the sky was intriguing and rattled my curiosity for getting my pilots license. I honestly feel like I belong in the skies and I’ve been missing out on flying my entire life. In discovering all of this new passion, it also made me feel guilty, guilty that there are so many people that will never get to experience such a phenomenal opportunity like this. I hope one day to see a company look into setting up an organization to intrigue the mind of young adults who would leave never considered flying.

What the PALS family did for me was so healing to the soul. This flight was simply incredible and left me in a loss for word, viewing the sublime world from the cockpit of a Piper  I hope and pray that I am able to continue to serve and lead our Veterans to the wings of PALS and the grounds of Camp Southern Ground. These two organizations are like the momma and the papa of the Veteran community and saving even more lives than they can possibly imagine.  God speed to my Camp Southern Ground and PALS Family. I am forever in your debt for this unbelievable opportunity, if there is anything I can do to support you both along the way, I’m I all in. Love you all tremendously.   Peace, love and light.

Chicago, Illinois
Proudly Connecting Veterans
to the care they need

Donate today to help us continue our mission

PALS began its mission to provide free medical, compassion and veteran flights back in 2010. It was the dream of our founders, who as pilots felt their skills and resources could help people with free air transportation for medical treatments.

That initial inspiration and the first PALS flight has now grown to over 27,000 flights for over 3,200 families and an astounding 6.5 million miles flown. Quite an accomplishment for a free air travel organization a little over 10 years old.

Over the years and over many missions, we’re honored and humbled to hear how many lives we’ve been able to impact. Often times when a person is diagnosed with a life-changing illness, the care they need is inaccessible by car due to the repeat trips and length of each trip. When these families and individuals reach out to PALS, our team of volunteer pilots and mission coordinators go to work to make free travel to a medical facility or hospital possible. The stories we hear and those that our patients send us are all the reward we need.

Let’s make more critical medical flights and compassion flights happen! We cannot do it without you.