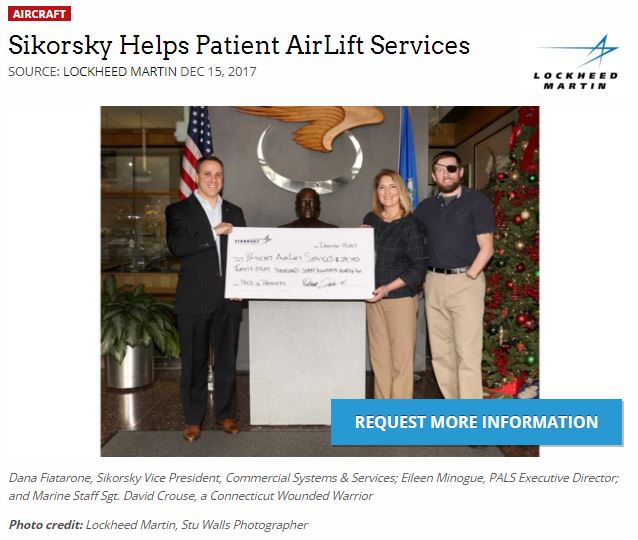 Sikorsky, a Lockheed Martin company, presented a check for more than $28,000 to Patient AirLift Services on Dec. 13, for the organization’s PALS for Patriots program.

Sikorsky, A Lockheed Martin Company, presented a check for more than $28,000 to Patient AirLift Services on Wednesday, Dec. 13, for the organization’s PALS for Patriots program. The PALS for Patriots program serves military servicemen and women who suffered serious, service-connected injury, by transporting them to specialized military medical centers and to morale- boosting events. 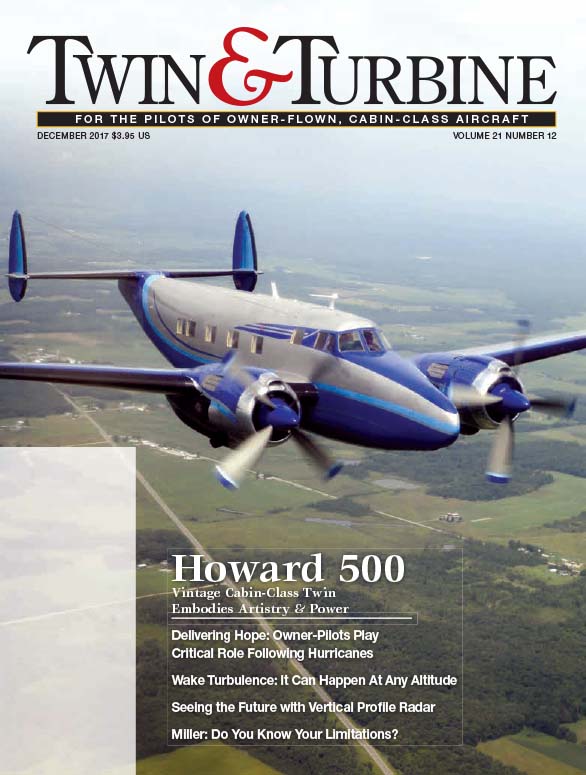 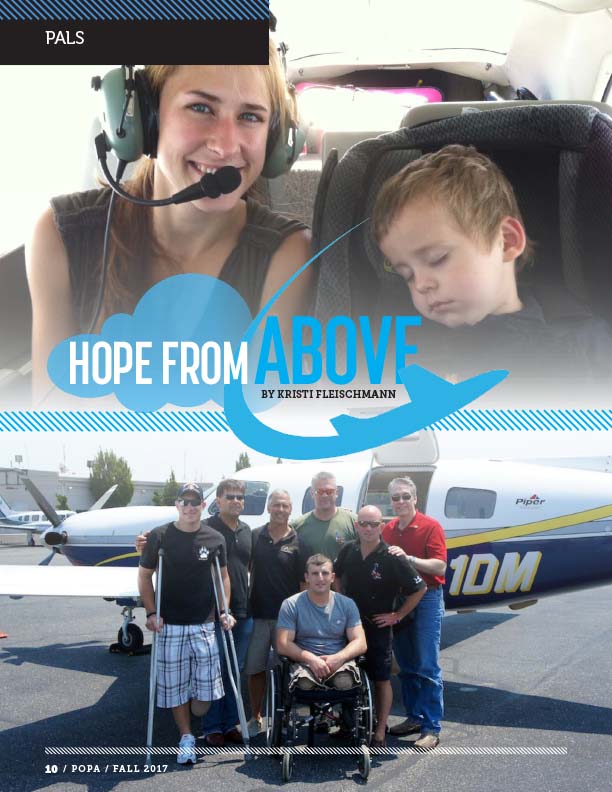 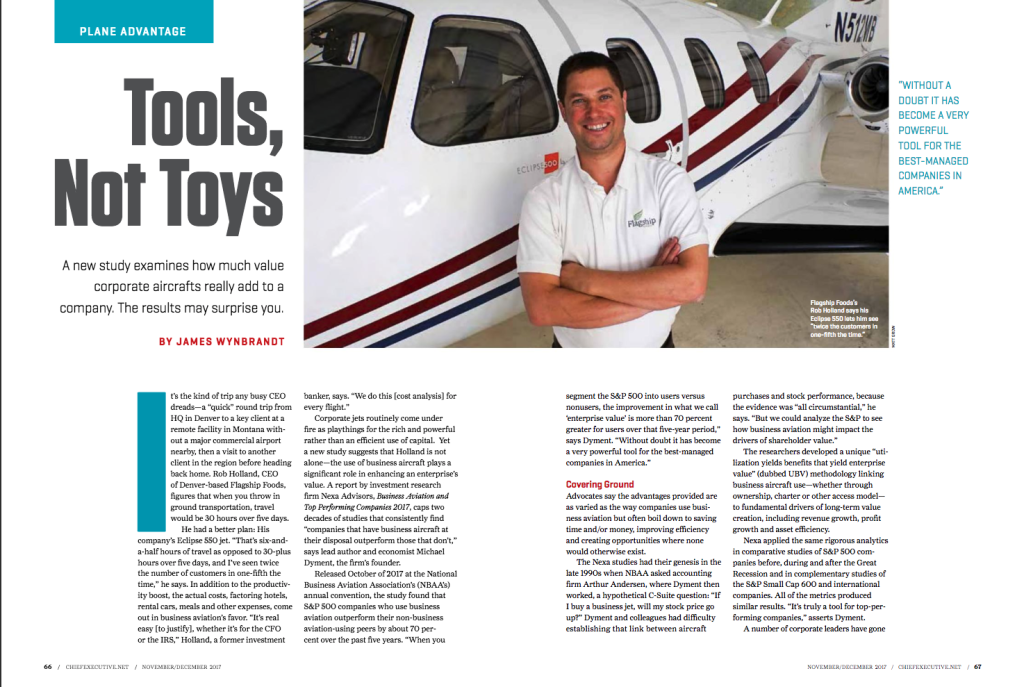 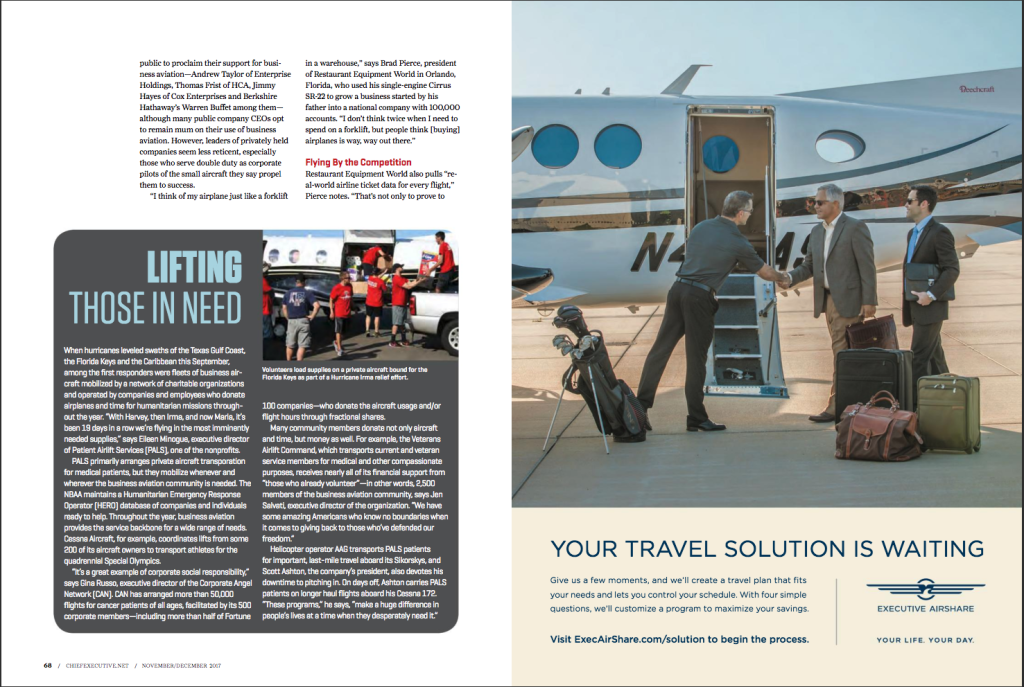 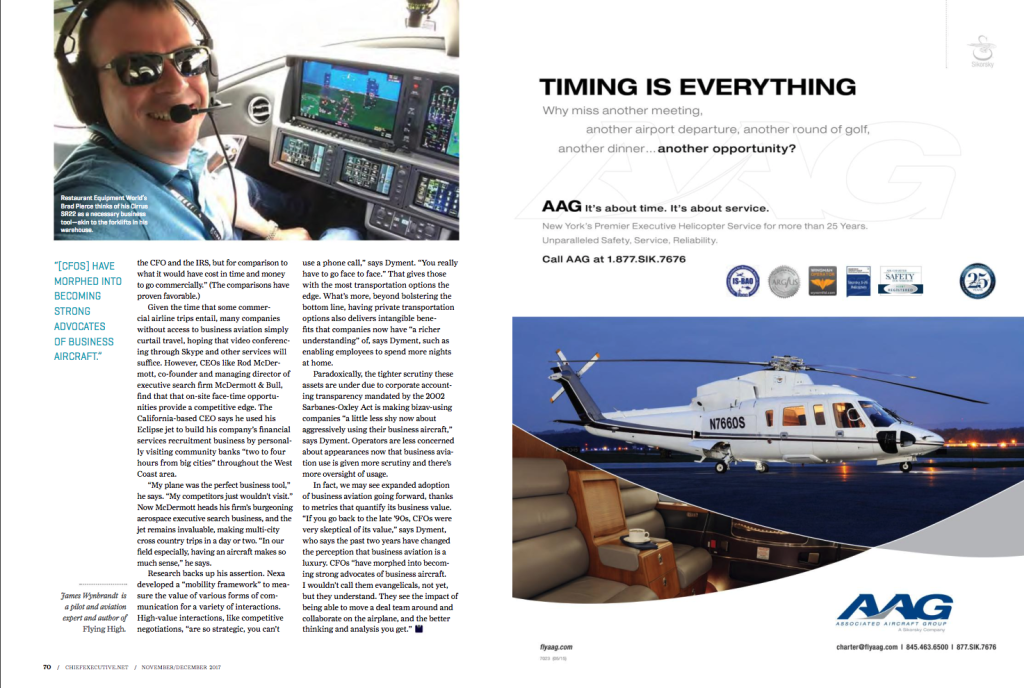 Patient Airlift Services (PALS) is a non-profit organization that provides private plane transportation for those with serious medical conditions at no charge. The family of a Freeport boy battling a rare genetic disease said when it comes to traveling hundreds of miles for medical treatment, they were happy they had PALS.

WINDSOR LOCKS — Brian Lisoski and Joe Howley are pilots and after witnessing what natural disasters can do to a community, their time in the sky gave them a chance to realize that their plane isn’t the only thing with wings.

“When Joe and I talk about flying we really talk about helping others,” says Lisoski.

The organization connects volunteer pilots with patients suffering in natural disasters and flies them to area hospitals.

On Tuesday, the two men found a private jet owner who agreed to pick up two families from Puerto Rico. The families both had children who needed emergency medical attention.  Read More….

A Puerto Rican family gets sick baby to Boston for treatment 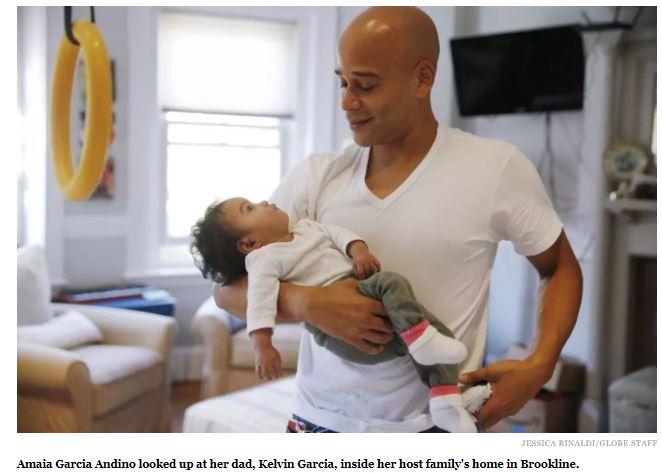 BROOKLINE — Amaia Isabel Garcia Andino lay tranquilly in the arms of her father, occasionally reaching her tiny arms up to tug at the white headband with its giant flower holding her dark curly hair in place. A white sweater covered a scar where a feeding tube nourished her.

The quiet scene offered no clue about the difficult road Amaia’s parents had taken to get their only child from Puerto Rico on Friday to this Brookline living room.

The baby’s parents, Alianette Andino, 22, and Kelvin Garcia, 32, are preparing for medical treatment at Boston Children’s Hospital for Amaia, who has a serious heart condition called left ventricular dysplasia. Born six-and-a-half months into Andino’s pregnancy, Amaia had open heart surgery at the age of 2 months and spent the first eight months of her life in a hospital. She left the hospital in March but had to return for continuous follow-up visits. The only nourishment the 14-month-old can take is milk, water, and vitamins through the tube, for fear she might choke. WBUR originally reported this story on Thursday morning.

When Hurricane Maria made landfall on Sept. 20, the family’s problems grew.

Andino and Garcia lost power in their home in Maunabo, a small city on the southeast coast of Puerto Rico, and their water supply became contaminated. They could not go out and buy Amaia vitamins because all of the pharmacies were closed.

“She was dehydrated, her sodium was high, her potassium levels were high . . . her oxygen levels were low, Garcia said. “The conditions were at odds with us.”

Amaia’s temperature rose to 103 for several days and her parents grew more and more concerned. Local clinics had closed and Andino and Garcia live an hour away from the hospitals in San Juan.

The family drove to the pediatric hospital in San Juan, where Amaia was treated in the emergency room.

“She was vomiting and had pulled out her feeding tube a little, and wasn’t able to get much nourishment,” said Andino “She was so skinny.”

Doctors gave her oxygen and stabilized her over five days.

The next concern was Amaia’s longer-term care.

With potential open-heart surgeries ahead within the next year, having a reliable hospital was a must. The hospital in San Juan was overcrowded and running on a generator.

Pilots Fly Into Hurricane-Hit Puerto Rico to Evacuate the Sick

Pilots from the northeast volunteer their time and their planes to move supplies to Puerto Rico and the Virgin Islands–and to bring sick people to hospitals on the mainland.