I remember the day pretty well.  That morning, I had to attend my wife’s work picnic. This was not something I was especially enthused about, but you know how those things go.  As a pilot, it’s been my habit to get a daily weather observation in the morning—even when I’m not planning to fly—and the weather that day was particularly favorable. There were few clouds and good winds and I remember thinking what a shame it was that I wouldn’t get to fly that day.  I thought about putting my flight bag in the car, just in case I got to leave the picnic early. But I decided against it to avoid temptation.

I imagine Mark Hanson remembers that day pretty well too.  Mark, a fellow PALS Pilot, was scheduled to fly a six-year-old boy named Cody, and his mom, Kate, from their home near Lewiston, Maine, to New York City for treatment of Cody’s neuroblastoma.  Mark flew from his home base at PYM all the way to LEW to meet his passengers.  After loading them in his Eclipse 500, he began configuring for takeoff, when suddenly… every pilot’s worst nightmare. Flap failure!

Clearly, that plane wasn’t going anywhere and Cody and his mom might not make that important appointment after all.

So, I’m at this picnic in New York, making small talk with my wife’s co-workers about some flying adventures we do and some charity flights, when I received a text message: “PALS team needs your help…”

PALS uses a Twilio SMS text alert system whenever in a pinch, and as soon as Mark alerted the PALS team that he was grounded, the on-call coordinator, Barbara, acted swiftly and sent out an alert.

The text came in.

This could be it.

My chance to truly help someone in need (and let’s be honest, also my ticket out of here).  I knew that it would be a very quick flight up to New England because of the helping winds.  My wonderfully understanding wife agreed that this boy was much more important than any picnic, and so I let Barbara know I was heading out to pick up my gear and would be at LEW in less than two hours.

I said my good-byes to all the folks I had recently met. When they asked where I was going, I explained that I was off to Maine (WHAT!!!) to do a PALS mission for someone in need. They were all impressed that such a service exists. It’s safe to say, no one begrudged me an early departure.

Meanwhile, back in Lewiston, Mark was exploring his options. He needed to somehow get from Maine back home to Plymouth, Massachusetts. And what would become of the plane?  He called fellow PALS Pilot, George Turner, who answered his cell phone on one ring.  George, like Mark, is based at PYM and Mark hoped he could perhaps give him a ride back home.  George was always glad to help, but it turned out he was just sitting down for a glass of wine before dinner.  In Italy.  Without giving Mark time to comment, George offered to call on their hangar neighbor, Jason W., from PYM to see if he might be able to help.  As good luck would have it, Jason was at the airport about to practice approaches in the IMC weather.  Jason, always up for an adventure, decided that helping a PALS pilot in need was more important and headed on to LEW instead. 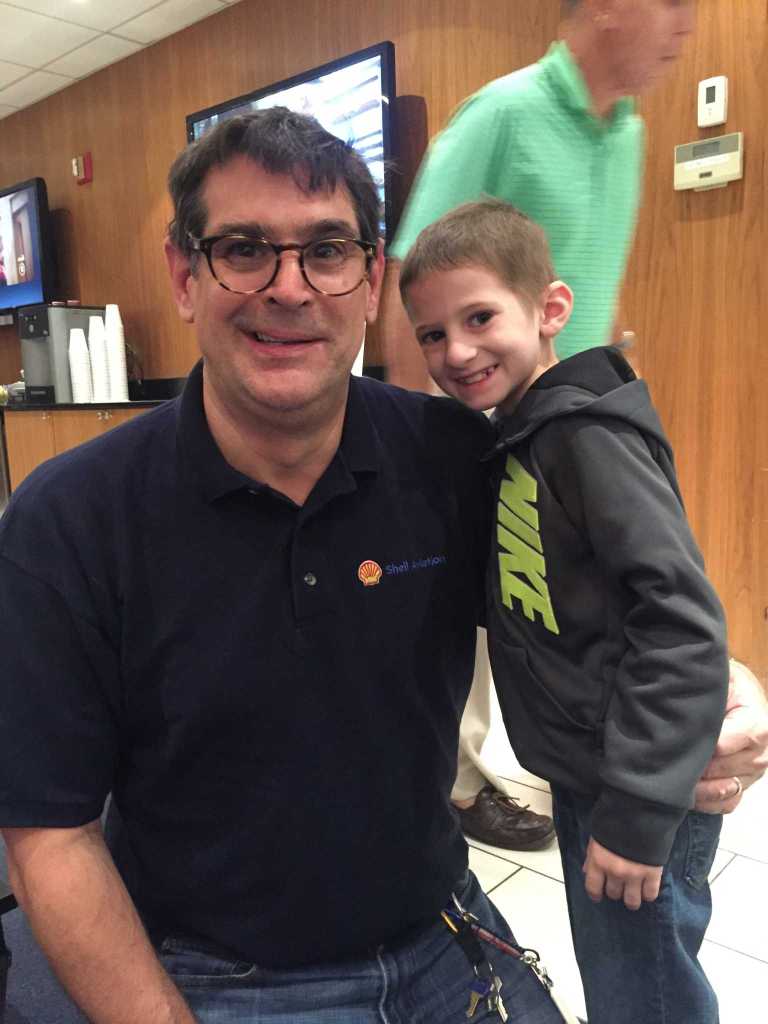 As for me, I was off to the airport.  I launched from HPN around 3pm and I arrived at LEW around 4:15 to meet Mark and my passengers.  Cody seemed to be a bit disappointed at first. He was bummed that he was not going to be flying in a jet after all, and that my plane, a Columbia 300, had only one propeller.  I gave him a little Snoopy stuffed animal which cheered him up and Cody and Mom settled comfortably into the plane. Once we were at cruise, Cody seemed to be more comfortable with me and the plane and seemed to enjoy the ride.  As we approached the New York area, some weather rolled in, so we ended up going through some rain and clouds. Cody seemed to really enjoy that experience.

We landed ILS 16 around 715 pm. PALS had arranged for an Uber so the passengers could get from the airport to their destination. Coming from a rural area of Maine, Uber is not a very common thing, so I showed Kate how to use it.  The car came, I gave Cody and Kate a hug and wished them well in their journey.

Mark made it home, thanks to Jason, who also managed to get in a practice approach into PYM in IMC.  Some LEW based PALS pilots arranged to get Mark a ‘no charge’ hangar for his plane while he worked out a ferry permit.

In the end, it all worked out.  I was saved from an awkward social event (sorry, honey), the passengers made it to their destination, and Mark made it home with his plane safely stowed away.

They say that teamwork makes the dream work, and at PALS, that is certainly true.  It is truly a team effort to do what we do. I am thankful for the coordination staff and also for the support of an extraordinary pilot community.  It always makes me happy when things come together to help others.

Lee has been flying volunteer flights for over eight years and has been a volunteer pilot with PALS since 2014.  He is an instrument-rated Private Pilot with over 2500 hours.  With a life-long passion for flying, he completed his first solo flight at the age of 32—in only eight hours of training! By 12 hours, he owned his own aircraft.

Lee graduated with an Information Technology Degree from Lynchburg College, and has been working in IT for over 30 years. He’s been with MetLife for 20 of those years, which is where he met his understanding wife. 😉

Besides a passion for flying and desire to help others, Lee flies PALS flights to help honor his late sister, Toni-Marie Hals, who lost her 6-year battle with ovarian cancer 5 years ago.

“Experiencing first-hand what these types of health issues bring to a family is taxing, so whatever I can do to help is a good thing.” 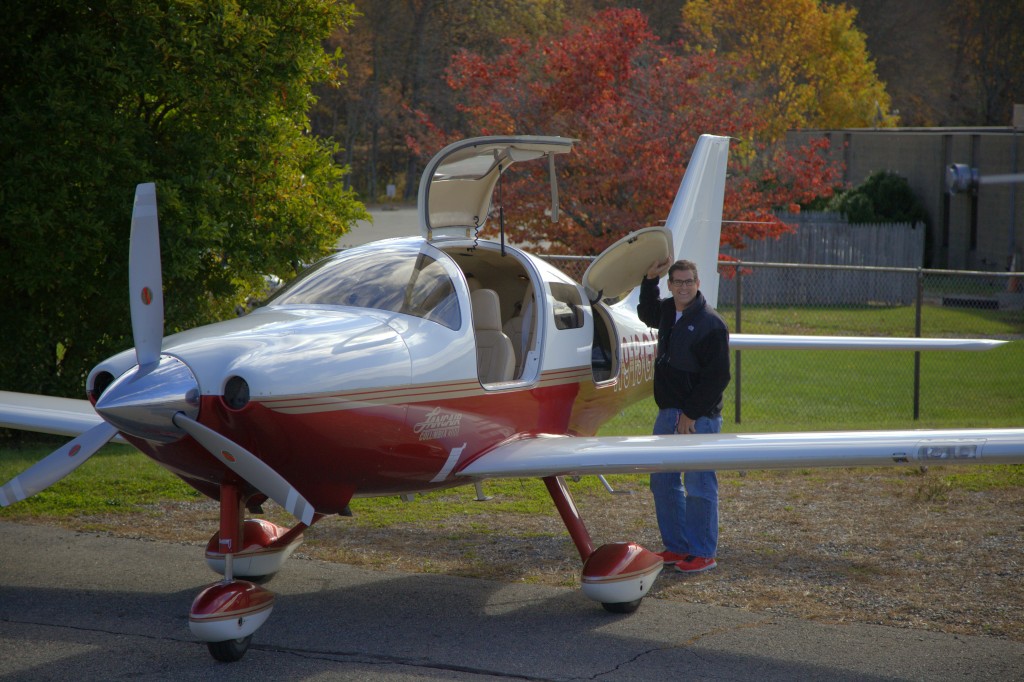